Intel Ireland announced today that all the electricity supplied to its Leixlip campus in 2016 was generated from indigenous renewable sources.

The 360-acre campus is the first major Intel location outside of the US to have moved certifiable renewable electricity.

“We are very proud to be announcing today that 100% of all electricity supplied to our Leixlip campus is now purchased as renewable power from Electric Ireland,” said Intel Ireland general manager Eamonn Sinnott. “We are doing this as part of our multi-faceted approach to environmental awareness and as part of Intel’s commitment to being a global energy sustainability champion.

“We hope that our decision to go green will help to further stimulate the renewable energy market and encourage other businesses to follow suit. The more participation in the green power market and the more additional capacity that can come on stream will ultimately further help the environment and help to lower costs.”

ESB chief executive Pat O’Doherty said: “It is a genuine pleasure for ESB and Electric Ireland to partner with Intel – one of the world’s leading companies – so that it can run its Leixlip plants entirely on renewable electricity. When ESB was founded 90 years ago, 100% of the energy we generated was renewable, harnessed from the River Shannon.

“As we face into the energy challenges of the coming decades, this provides us with inspiration to play a leading role in Ireland’s transition to a low carbon future. The Electric Ireland agreement with Intel is an example of how we seek to place our customer at the centre of this low carbon future, powered by clean, reliable and affordable electricity.”

Based on Electric Ireland data, Intel is the largest, voluntary, private purchaser of indigenous renewable energy in Ireland. 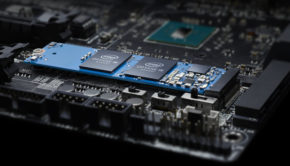