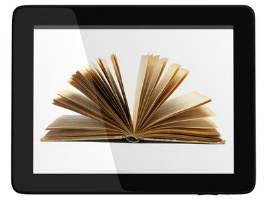 Apple had no knowledge that publishers were engaged in a conspiracy in December 2009 or at any other point, the company said in its appeal against a district court ruling which found Apple and five major US publishers had conspired to fix e-book prices.

The district court’s findings show that Apple offered a retail business model to the publishers that was in the company’s independent business interests “and was attractive to the publishers, who were frustrated with Amazon,” Apple said in a filing Tuesday in the US Court of Appeals for the Second Circuit.

“….it was not unlawful for Apple to take advantage of retail market discord by using lawful agency agreements to enter the market and compete with Amazon,” Apple said in the filing. The discord over Amazon.com’s e-book pricing had reached the point where some publishers had by September 2009 begun delaying some e-book versions of new releases, a practice known as ‘windowing’.

US District Judge Denise Cote of the US District Court for the Southern District of New York ruled last year that Apple and the publishers had conspired to raise prices in the e-book market to counter Amazon.

The US Department of Justice and 33 states and US territories brought a lawsuit charging that Apple and the publishers conspired to raise e-book prices in 2010.

The publishers allegedly teamed up with Apple to counter Amazon’s strategy to lower substantially the prices of newly released and best-selling e-books to $9.99, a price that the publishers saw as a challenge to their traditional business model, the DoJ said in its complaint in 2012.

The district court’s decision was based “on a fundamentally incorrect theory of antitrust liability,” Apple said in the filing. The court had acknowledged that the “record is equivocal on whether Apple itself desired higher e-book prices than those offered at Amazon,” yet found that Apple entered into a conspiracy with the publishers at initial meetings in December 2009, the company said.

As Apple prepared to launch in 2010 its iPad and the iBook store, it proposed to the publishers “an agency model,” which would allow each publisher to set its own prices and provide Apple with a 30% commission, similar to the commission it was earning in its App Store.

“If allowed to stand, the ruling will stifle innovation, chill competition, and harm consumers,” Apple said in the filing. It has asked the appeals court to overturn the district court’s judgment and injunction and enter judgment for Apple, or grant a new trial before a different district judge.

Its entry into the e-books business created a competitive market where output grew and average price dropped, and changed a market where Amazon had dominated by “controlling” nine out of every 10 e-book sales, Apple said.

Self-published e-book sales got a boost from Apple’s model, which Amazon immediately emulated, as self-publishers were eager to retain 70% of an e-book’s price, which was twice the amount Amazon previously offered, Apple said in the filing.

The DoJ and Amazon.com could not be immediately reached for comment after business hours.

The appeals court refused earlier this month to stay during appeal the appointment by the court of an “external compliance monitor” to review Apple’s antitrust compliance and training policies. The ruling, however, set boundaries for the monitor with whom Apple had many issues.