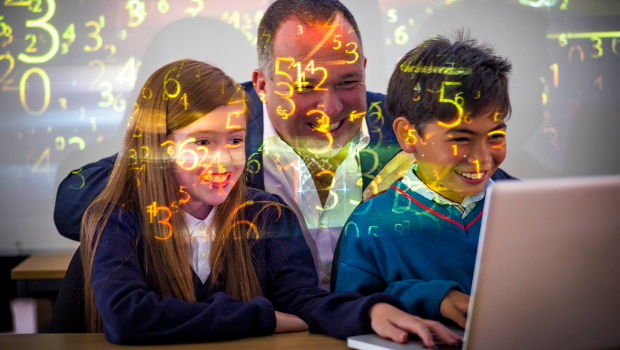 Two-thirds of parents believe Internet connectivity would influence their choice of schools, and 34% of parents would consider moving their child to a school with better internet availability if their current one didn’t have satisfactory broadband access or speeds according to a study released today.

The survey, carried out by Censuswide on behalf of Pure Telecom, surveyed 1,001 parents of primary and secondary school children.

The research also found that 16% of a typical child’s homework relies on the Internet and that, on average, parents spent €213 per child on Internet-connected devices and tools intended for schoolwork this year.

Almost half (48%) of children use laptops or tablets for some or all of their classes, but one-in-four parents (26%) believe their child’s school isn’t doing enough to encourage learning via Internet-connected educational resources.

Under the Schools project, the government rolled out 100mb/s broadband to all post-primary schools in Ireland. Earlier this year, the Minister for Education & Skills, Richard Bruton launched the Digital Strategy for Schools 2015-2020 Action Plan, which includes €30 million in ICT grants to schools, as well as a programme to enhance high-speed broadband connectivity in primary schools.

Paul Connell, CEO, Pure Telecom, said: “Access to Internet-connected digital tools and resources is vital for all children living in a modern society, so it is concerning that so many parents believe their child’s educational achievement is being stunted by poor broadband speeds and access in school. Not surprisingly, our research showed that the majority of those parents are living in areas outside of Dublin.

“It is great to see the Government investing in a digital strategy for schools including technologies such as interactive screens and cloud-based learning tools. The availability of high-speed broadband in all – not just secondary – schools across Ireland will be crucial to its success.

“Broadband access is a basic need for all Irish citizens, no matter where they live. But at the moment, the infrastructure isn’t in place to deliver broadband to everyone. We have agreements with several of Ireland’s major wholesale telecoms providers, which allow us to bring broadband to any location that has a fibre network. However, we must rely on the rollout of the National Broadband Plan in order to provide broadband to Ireland’s harder-to-reach locations. Unfortunately, until the National Broadband Plan is implemented, we will continue to see schoolchildren hindered by poor Internet speeds and lack of access.”