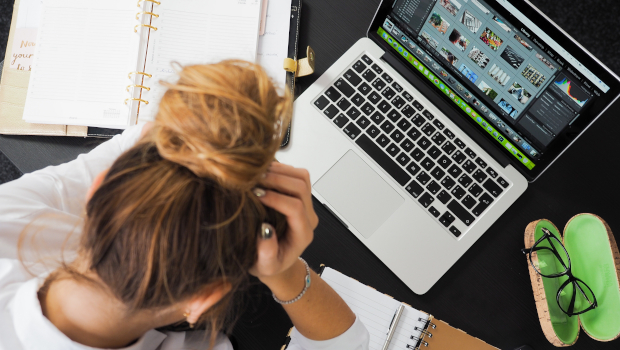 If it’s not one thing it’s another, often together

Don't kid yourself, there is no such thing as multitasking, says Billy MacInnes
Blogs
Image: energepic.com via Pexels

By the time this article is published, those of you who attended the Tech Excellence Awards 2022 event in the Royal Marine Hotel will be fully recovered and preparing for a relaxing weekend. One thing I’m confident of is that none of you will have found yourselves in the uncomfortable position of trying to avoid buying work colleagues a drink over the course of the evening.

I mention this because, according to an e-mail I received earlier in the the week, a survey found more than a tenth of workers in the UK (14%) have admitted avoiding buying others drinks at work events because of the time it takes for them to get reimbursed. Some also complained that their budgets didn’t cover the drinks and travel costs for social events.

The survey by Just Eat for Business also found 15% of employees had been asked “to spontaneously cover expenses” at a work event.

Set against the backdrop of the cost of living crisis, any unforeseen expense or delay in being reimbursed for expenses can have a much wider impact on an employee’s finances than in less economically challenging times. From a technology point of view, it obviously argues for better and more efficient handling and processing of expenses so I guess it’s just as well all the people at the event in Dun Laoghaire are in the happy position of working in the IT industry.

Speaking of the IT industry – which is pretty much a condition of employment for writing this article – my attention was drawn by a report on the CRN website of a talk at the Women of the Channel conference in California by Alison Matthey, founder and president of Dynamic Leadership Group.

In an industry where we hear a lot about multitasking, either by people, processors or computers, it was interesting to see Matthey state that “we cannot actually multitask. If you say you’re good at multitasking, erase that from your resume. You are not good at it because nobody is good at it. It’s a myth. We cannot do two challenging things at once”.

She argued that multitasking hinders productivity in people and prevents them from prioritising tasks to be more efficient. People that try to multitask end up using more energy, eating more, consuming more caffeine, building their stress levels, limiting their emotional intelligence and lowering their IQ by 15 points.

While this is unlikely to apply to processors, computers or operating systems, many of which are designed for multitasking, people are in a different category. It’s worth reminding ourselves of that, something which Matthey stressed in her talk when she said: “As leaders we need to help our people not multitask.”

I’m not sure if this applies to social events with an element of work, for example awards nights, but the level of multitasking required is unlikely to be very high so hopefully most of the side-effects Matthey listed at the Women of the Channel conference don’t apply in this instance.