The all-new Fire TV is of particular interest: It’s one of the few media streamers capable of delivering 4K resolution, and it costs $100. Amazon’s least-expensive tablet will also turn heads: A 7″ model with an IPS display that will be priced at just $50. Even at a 1:1 dollar to euro conversation rate, that represents good value.

Amazon Fire TV and Fire TV Stick
The new Fire TV’s 4K resolution is one of its most exciting features, but its support for Amazon’s cloud-based voice service, Alexa, is equally so. Anyone who buys the company’s Echo wireless speaker will want to buy more for other rooms of their home. Put a Fire TV in your home theatre, and that’s one room you won’t need to add an Echo to.

Going back to the 4K resolution, there’s little point in delivering that feature if there’s no content to go with it. To that end, Amazon’s Director, Fire TV, Tim Twerdahl said in a briefing yesterday that every one of Amazon’s original TV shows will be available in that resolution, and that all of Netflix’s 4K content will be available on the Fire TV as well.

The Amazon Fire HD with Voice Remote is the least-expensive streamer on the market that supports 4K video resolution.

If a movie studio makes a film available in 4K resolution, Amazon will offer that version, too (movies currently available from Amazon in 4K include Captain Phillips and Men in Black 3). Twerdahl said there would be no upcharge for streaming Amazon’s original content in 4K or for any 4K movies included with an Amazon Prime subscription.

“The Fire TV will recognise when it’s connected to a 4K TV and will offer content at that resolution if it’s available.” Twerdahl also pointed out that consumers who don’t have 4K TVs will still benefit from the new HEVC codec Amazon is using – which he said is twice as efficient compared to the codec in use today – because the video stream will consume less bandwidth.

Speaking of bandwidth, the Fire TV (and the Fire TV Stick) is outfitted with an 802.11ac Wi-Fi adapter, so you can take full advantage of your high-end router. The Fire TV also comes with a 64-bit quad-core CPU, a dedicated GPU, and 8Gb of on-device storage. Users can add up to 128Gb of additional storage via a microSD card slot.

Amazon also announced a new Fire TV Game Controller that includes a mic for voice searches and a headphone jack for private listening. The controller can be purchased separately for $40, or as part of a $140 bundle that includes a Fire TV, a 32Gb microSD card, and two games: Disney’s Ducktales and Yacht Club’s Shovel Knight.

The new Fire TV Stick with Voice Remote, $50, doesn’t get a boost in resolution, but it does get a new remote control with a built-in mic for voice searches and Alexa support. Amazon will also continue to offer the original Fire TV Stick, and users will be able to add voice-control features to it by downloading an Android app or buying an add-on voice remote. Both of the new Fire TV devices also get Amazon’s Mayday tech support feature. First introduced with Amazon’s tablet series, Mayday enables the consumer to get live tech support on demand. The tech-support rep can take control of the device, with the user’s permission, and then guide the user through the steps that will resolve the issue.

Amazon Fire tablet (and Kids’ Edition)
Amazon’s Senior VP of Devices Dave Limp demonstrated three brand-new tablets at yesterday’s briefing. “The sub-$100 tablet market is growing the fastest,” he said, “but those products are usually compromised. The new Amazon Fire isn’t, even though we’re selling it for just $50.”

Amazon says it will replace a broken Fire Kids Edition up to two years after it’s sold with no questions asked.

Where most very inexpensive tablets are based on TN panels that deliver poor image quality and limited viewing angles, the new Fire tablet features 7″ IPS display offering resolution of 1024×600 pixels. The new Fire tablet is powered by a 1.3GHz quad-core processor and 1Gb of RAM. It’s equipped with front and rear-facing cameras, and a microSD card slot that enables you to expand the tablet’s onboard storage up to 128Gb.

The new Fire will also be available in a $100 Kids Edition, including a rubber bumper case, a one-year to Amazon Free Time Unlimited (a collection of more than 10,000 books, videos, educational apps, and games, plus a curated collection of age-appropriate websites and YouTube videos), and a two-year “worry-free guarantee” where Amazon will replace a broken tablet during that time no matter how it becomes damaged.

At yesterday’s briefing, Limp said Amazon wanted the new tablets to have a 16:10 aspect ratio to eliminate letterboxing. “These tablets are focused on one thing: Entertainment,” Limp said.

Both of the new Fire HD models will come equipped with 5MP rear cameras and 720p front-facing cameras (for video conferencing), dual-band 802.11ac Wi-Fi adapters, and microSD card slots that enable you to add up to 128Gb of additional storage. Both models are powered by 1.5GHz quad-core processors.

As with the new Fire TV devices, the new Fire HD tablets will gain some measure of integration with Amazon’s Alex cloud-based voice-command service. You won’t be able to put questions to Alexa via a tablet – you’ll need an Echo or a Fire TV to do that – but Alexa’s responses will trigger any nearby Fire tablet to wake up and display query results.

FireOS 5
Amazon’s Senior Manager of Fire Tablets Aaron Bromberg says FireOS 5 I Amazon’s “biggest redesign ever.” The new operating system, present on all the Fire products announced today, will eventually be released for older Fire products as well. Bromberg says the new user interface is designed to mimic the layout of high-quality magazines with an eye toward making it easier for users to browse and discover new movies, songs, and books.

The new home screen includes dedicated pages for books, games and apps, video, music, and more, along with personalized suggestions for new content. These recommendations will draw on Amazon services, of course, including Amazon Prime, Kindle Unlimited, and Audible.

Amazon is now making most of its entertainment content available for download and offline viewing/listening, which is a great feature – if you remember to take advantage of it before you head out on the road. A new FireOS feature called On Deck should make that feature even better: For Prime subscribers, On Deck will automatically download Prime movies and TV shows to available storage on your tablet – including the space on a microSD card.

If you read books on your Fire tablet, a new feature called Word Runner will help you develop speed-reading skills. The tool brings one word at a time to the center of the screen, where your eyes are already focused. An algorithm recognises difficult words, punctuation, and paragraph breaks and automatically slows down for them. If you miss a word, a tap on the screen pauses Word Runner and lets you scroll back. 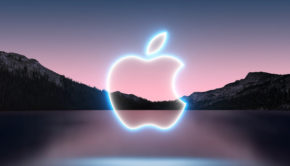